It has now become quite apparent that Coronavirus will be the new “war in the Middle East” in the sense that it is never ending, never defeated, and never really made clear as to why it is all that dangerous as compared to anything else in life which has a small risk if left ignored which is so small that it doesn’t justify not ignoring it. Last year, I wrote that the mask mandates were not fascistic at all, and I stand by that, not because these obviously ridiculous rules are not really protecting anybody and somehow disappear when professional athletes are making money for billionaires and advertisers on the field and thus don’t need to wear masks, but because humanity has reached the point in which fascism is not needed to control a population. Fascism is not required, a gay and impotent social shaming suffices to cause the average person to be completely controlled and in constant, hypochondriac fear of their life.

Another reason the Coronavirus and viruses in general are the new eternal war is that the quality of people in the government has degraded to the point where tangible forever wars are becoming less feasible. Look at pictures of military members in the United States or any European country and you will see midgets and overweight social rejects. The leaders of these militaries are equally ridiculous and incompetent losers, transsexuals, homosexuals, women, and bald men who do not have any talent and are simply welfare whores. The East is not any better, with China’s military being a parody of western machismo you will find reminiscent of the cheapest, most tone-deaf pickup artist blogs. War is not really feasible on any large scale, as real war is not something that any powerful and rich leader is genuinely interested in, as decades ago all the powerful and rich leaders across all powerful and rich countries got in bed with each other and now exist solely to extract resources from their citizens to siphon upwards. This is not to mention the fact that war is a psychic, information based endeavor now, rather than a physical, gun shooting and bomb dropping endeavor. Rich and powerful nations do shoot guns and drop bombs still, but this is not in the sense of war but rather the sense of crippling those on the outside of rich and powerful nations before they can ever become a threat to rich and powerful nations.

Viruses are the future of warfare because they cannot be nullified or disproven to any degree. Viruses, much like “Muslim extremists” of the 2001 era and now the “white extremists” of the current area, cannot fight back, they cannot be represented, they do not have a shot at winning against multinational power structures who make the news, own the politicians, and profit from the viruses, the Muslim extremists, and the white extremists who are always just in the corner of the eye like some magical monster that only comes out at night when all the children are asleep and cannot verify that this monster is actually real or a threat that should be influencing how they behave in the daytime. Viruses are the perfect enemy, because they lack autonomy and personality which allows them to be the scapegoat for incompetence and corruption.

Furthermore, with viruses, pseudo-mandatory vaccines will be normalized. We can see this happening already, most visible in the neurotic slave caste but soon to be normalized in a manner which is ever-present and accepted by those who are not shrill harpies or truvada-faced city-dwelling metrosexuals. It is important for the vaccines not actually to be mandatory, because there have to be visible scapegoats with medical or religious concerns about taking vaccines who the proles can then direct their frustration at for their quality of life suffering. The economy failing, the social fabric falling apart, these things will then never be the fault of the ruling class, but rather the evil anti-vaxers who are preventing the totally real recovery from happening. If only we had 100% compliance for vaccines, which is impossible, then we would have the lives our parents and grandparents had, the job opportunities they had, the quality of life that used to be the norm for those not born into privilege.

As I have written in prior essays, the informational blindspots that allowed for growth of incompatible psychic and eventually physical organisms that clashed in a real way with power structures have been removed. Power structures can see the whole map, they can see threats before they become threats, and they can run the calculations and structure resources and masses in ways that ensure these threats are nullified or hijacked before they can become real threats. We have passed the apex, volatile stage of the below chart and are headed towards the “fixum” stage where there is no real competition, there are no real wars, there are no real threats to power structures, and the ability for upward mobility is completely removed. 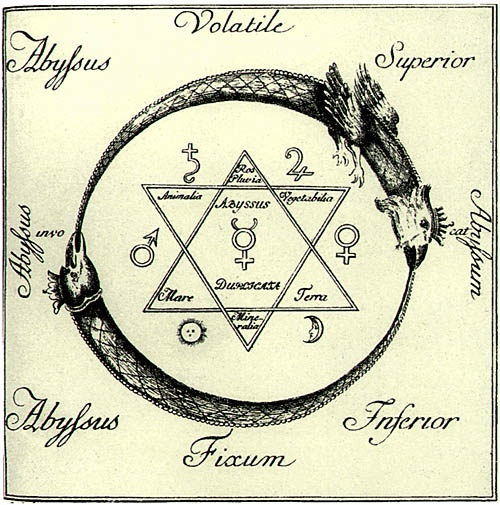